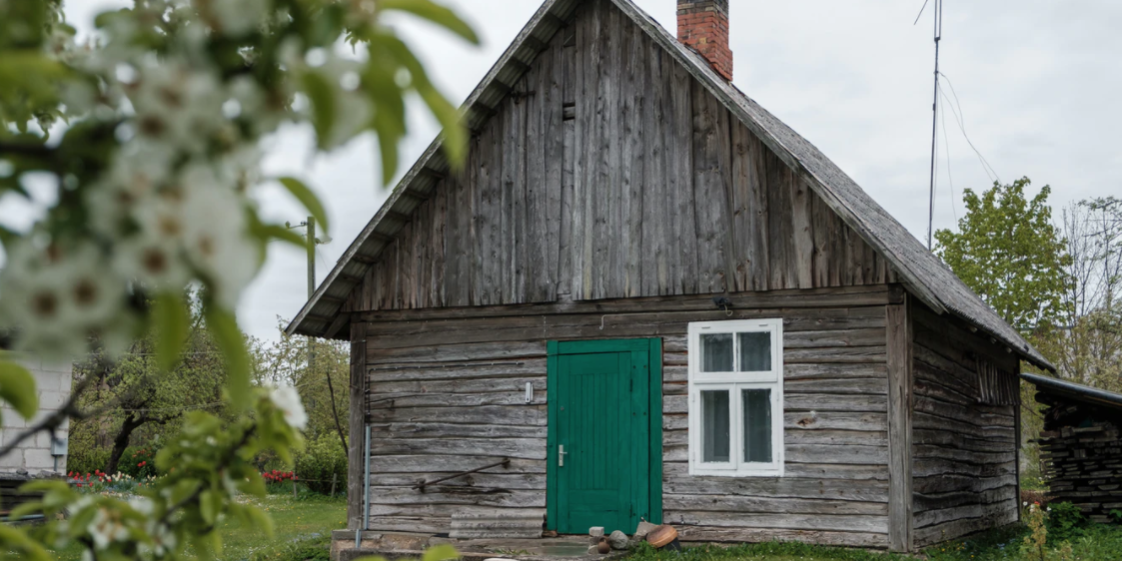 The woody inner section of the plant’s stem, called shives, was processed into hempcrete by chopping it up and mixing it with lime.

It was used at Flat House as a non-load-bearing wall infill and insulation material.

Hemp-based bioplastic was used to clad the outside of the home. This is made from the strong outer fibres of the plant’s stem mixed with bio-resin and pressed into corrugated sheets.

Fast-growing hemp is a highly versatile raw material as well as an effective way of sequestering atmospheric carbon, according to Cambridge university researcher Darhsil Shah, who advised Barron on how to make construction materials from the plant.

“Numerous studies estimate that hemp is one of the best CO2-to-biomass converters,” Shah told Dezeen in an interview last month. “It’s even more effective than trees.”

Barron estimated that the house stores 24 tonnes of atmospheric carbon that was absorbed by the hemp via photosynthesis as it grew.

“The house is pretty much made of hemp and it has locked in atmospheric carbon,” Barron told Dezeen, adding that it took 100 days to grow the hemp on eight acres, or 3.2 hectares, of land. “I guess that’s 24 tonnes of carbon,” he said.

Hemp is becoming increasingly sought-after by architects looking for natural, carbon-storing products. However, UK farmers are battling to legally cultivate the crop.

This is despite the fact that industrial hemp, which is a variety of cannabis, contains very low levels of the psychoactive agent tetrahydrocannabinol (THC) that is present in sister plant marijuana.

“We’ve probably had three or four hundred architects who have emailed us,” said Barron. “They’re desperate for a natural material and a carbon-zero way of building houses. Everybody’s looking for it. The market’s definitely there but it needs deregulation.”

There is a short film which shows how hemp was grown on a Cambridgeshire farm and turned into construction materials that sequester carbon.

The movie was made at Margent Farm, which was bought by film producer Steve Barron to grow hemp for his own home on the property.

It shows how fast-growing hemp was planted, harvested and processed into hempcrete and bioplastic cladding on the home, which is called Flat House and can be found when you click the link below.