Could cannabis be made legal in U.S. under Biden? Signs are mixed. 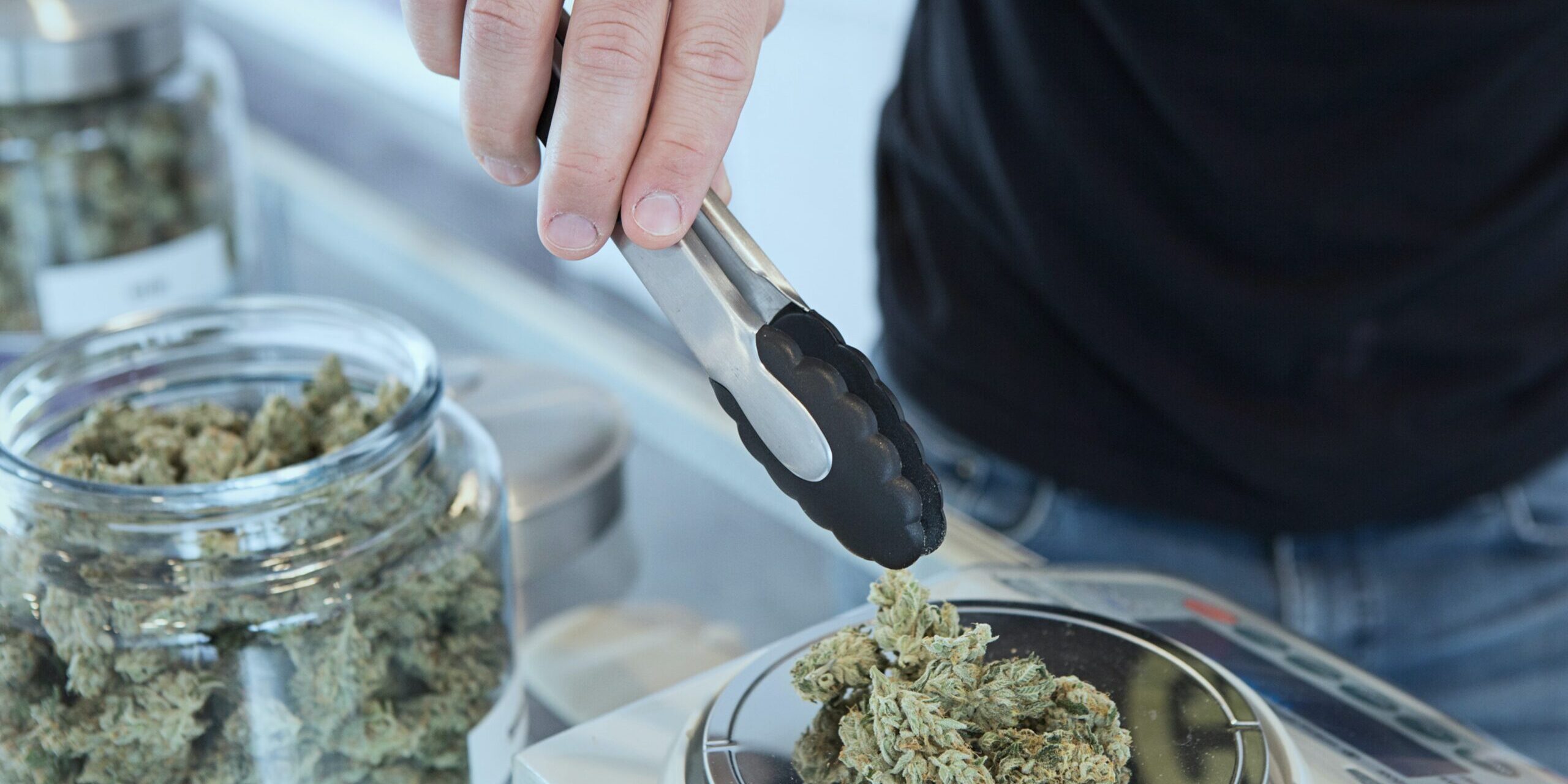 Democrats run Congress. Most Americans want it. Even Clarence Thomas thinks the federal ban is dumb. But federal politics of weed remain murky.

The opinion from one of the Court’s most conservative justices doesn’t change federal law, but it came in a year when states seem to be racing each other to license and regulate some form of legal cannabis. Since March 1, five states have enacted or solidified legislation to legalize cannabis. As of July 1, recreational marijuana was legal in 18 states and medical marijuana was legal in 36.

And that’s just part of the momentum suggesting change could come to federal cannabis laws. Last year, Democrats in the House of Representatives passed a cannabis legalization bill — the first time federal lawmakers approved such a proposal — but it was blocked in the then GOP-controlled Senate. This year, Democrats control both chambers of Congress.

That all adds up to growing optimism among many cannabis rights advocates that federal legalization might actually be on the horizon.

“I’ve always said federal legalization is not an ‘if.’ It’s always been a ‘when,’” said  Adam Wilks, who’s a chief executive with the Irvine-based cannabis retail chain One Plant and for the Canadian-based investment firm Captor Capital. When Wilks read Thomas’ statements (published June 28) supporting state rights regarding cannabis, he said, “A light bulb went off in my head. Finally, the moment is here.”

If cannabis is legalized nationally, the change could have major benefits both for the industry and consumers, even in states like California where marijuana is already legal for all adults.

But others aren’t sure that federal change is imminent, insisting that Thomas’ statements were just part of his longstanding efforts to erode federal power in general. Some note that cannabis remains a low priority for most lawmakers — particularly as the country is still reeling from the coronavirus pandemic.

If change to federal law is going to come, Los Angeles-based cannabis attorney Hilary Bracken said Congress needs to get something on the agenda immediately because she believes it is likely Republicans will take back control of at least one chamber following the 2022 midterm elections.

“It really is going to have to pick up some superpower,” Bracken said of a push to legalize weed nationally. “It still feels like it might be another two to four years, which is incredibly disappointing.”

Uruguay and Canada were the first two nations to legalize cannabis for adults. On Monday, Mexico’s Supreme Court voted to decriminalize personal consumption and possession, a move that puts pressure on the country’s lawmakers to approve regulations allowing for cannabis sales in what would become the world’s largest legal market.

Meanwhile, though 91% of U.S. adults told Pew pollsters this year that cannabis should be legal at least for medical use, federal law still classifies the drug as a Schedule I narcotic. That’s a category reserved for drugs such as heroin that are said to be highly addictive and have no medical value, despite a growing body of research that indicates neither is true of cannabis.

Last year, Democrats in the House approved a bill that would have taken cannabis off the schedule completely, but it never got off the ground in Republican Senate. In May, Rep. Jerry Nadler, D-NY, reintroduced the MORE Act. And last month, retail giant Amazon, among others, said that it would lobby in support of the bill. (Amazon also said it would stop testing many of its 1.3 million workers for cannabis.)

But even some Republicans who support federal legalization have objected to provisions in the MORE Act, such as a federal tax that would support social equity programs related to cannabis.

Meanwhile, more and more states continue to thumb their noses at federal prohibition and approve their own regulated cannabis programs, with added momentum as governments seeks ways to add new jobs and revenue streams in light of COVID-19.

The disconnect between federal policy and what’s happening in states is what Thomas highlighted in his statements on cannabis law.

“The Federal Government’s current approach is a half-in, half-out regime that simultaneously tolerates and forbids local use of marijuana,” Thomas wrote. “This contradictory and unstable state of affairs strains basic principles of federalism and conceals traps for the unwary.”

Thomas ended by saying that a federal ban “may no longer be necessary or proper.”

Still, Bracken calls it “wishful thinking” on the part of the cannabis industry to read too much into his statements.

“He’s a states’ rights guy,” she said. “This, to me, is (Thomas) telling his fellow court justices we shouldn’t have this federal overreach, not that he’s trying to influence state and federal policy.”

The only way she can see the Supreme Court changing federal cannabis policy is if it takes on a “perfect case,” with a glowing business owner who’s complying with all laws in a state that has solid industry regulations but still faces federal repercussions, and if the Court then rules that the federal government doesn’t have oversight. But she calls that “pie in the sky hoping,” particularly since federal authorities aren’t arresting or prosecuting business owners operating under state-legal programs.

That leaves the ball firmly in Congress’ court, where Bracken said she fears too many lawmakers are paying “lip service” to the constituents in the industry without actually pushing for real change in D.C.

Thomas’ opinion came in the wake of a ruling on a case that highlights a key way that the federal prohibition on cannabis is hurting businesses, even in states where the drug is legal.

The case involved a challenge to a tax rule called 280E, which prevents marijuana businesses from writing off common expenses, such as rent or utilities. Wilks, who has helped open a few hundred restaurants across the country, said such tax restrictions would sink most small business owners.

“None of these other retailers have to go through this,” he said. “It just doesn’t make sense to me. We should be treated fairly.”

The Supreme Court declined to take up the case in question, a decision that didn’t surprise Bracken.

“Lawyers continue to try to run these 280E cases through our courts. It’s never gonna happen. Courts have shown they have no desire to make laws in this area,” she said.

But, so far, even standalone efforts to change that tax law haven’t made it through Congress.

The same is true for banking laws, which currently hurt cannabis businesses.

While some local banks and credit unions quietly take on marijuana businesses, major banks and credit card companies won’t service the industry out of fear they’ll be penalized for money laundering under laws aimed at fighting the drug war. That’s turned cannabis into a cash-centric industry ripe for illegal activity. And it makes it tough for companies that work in multiple states to keep funds in the federally regulated financial system.

Federal laws against cannabis also make it difficult for cannabis companies to engage in interstate trade.

Right now, if a cultivation company spends $10 million to set up a cannabis farm in, say, Riverside, that company can only sell its product in California. To sell cannabis to shops in, say, Nevada, they’d have to spend another $10 million to establish a grow in that state. That would be like Ford only being allowed to sell the trucks it makes in Michigan to Michiganders.

For cannabis farmers in California — which has a reputation as home to some of the best cannabis in the world — exporting their product outside the state would boost their revenues and state tax revenue.

“It will be game changing once we’re able to cross state lines with cannabis products,” Wilks said.

The federal ban on cannabis also makes it tough for businesses in the industry to get access to capital. They can’t trade on U.S. stock markets, while banking limitations rule out many reasonable loans and keep many investors away.

If federal prohibition is lifted, Wilks predicts a flood of money to the state, with “access to capital that the cannabis industry has never seen before.” Also, Wilks added, it would encourage many investors and corporations who currently are “itching” to put money into California cannabis, but don’t, for now, because of the federal rules.

The prospect of outside investors jumping into California’s cannabis market makes some in the state so nervous that Bracken said they support changes to banking or tax laws but oppose federal legalization. Clearly, they say, Amazon and other huge players are waiting in the wings, ready to swoop into the sector if federal bans are dropped.

Wilks said he still believes the positives of legalization outweigh the negatives for businesses and that, with some education, most operators will come to the same conclusion.

It’s not just businesses that might benefit from federal legalization of cannabis. Consumers — even in California, where marijuana is legal — also could see some advantages.

While Amazon is no longer testing most of its workers for cannabis, employers in California still have a right to do so and many exercise that right. What’s more, because it is illegal under federal law, all federal agencies have no choice but to check their workers for cannabis use. Federal employees currently are not allowed to consume marijuana, even in their off-hours, and the same is true for workers in federally regulated industries, such as transportation and health care.

Likewise, anybody who accepts federal Section 8 money to help pay their rent isn’t allowed to use marijuana, and active military members can’t use the drug without jeopardizing their positions. And, because cannabis is illegal under federal law, people who use the drug for medical purposes, even in states where it legal, do not have a Second Amendment right to own a gun, according to a 2017 federal court ruling.

The federal ban on weed also has implications for immigrants. Corona resident Jose Palomar, who was born in Mexico but grew up in Southern California, was held in Mexico and separated from his family for two years after he told immigration authorities he’d once smoked marijuana.

If cannabis is legalized federally and treated more like alcohol or pharmaceutical drugs, Bracken said all of those problems for consumers would “instantly be alleviated.”

There’s no vote scheduled yet on the MORE Act. To date, it has drawn 52 cosponsors, all Democrats, including Reps. Lou Correa of Anaheim and Ted Lieu of Torrance.

Photo by Add Weed on Unsplash