What makes hemp a superfood? 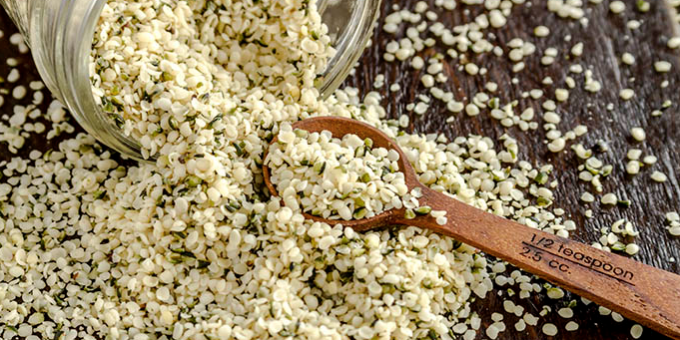 While the pain-relief and mood-alleviation benefits of hemp products are well-known, its nutritional benefits are quite high too

While people in many parts of India have traditionally consumed hemp products such as the seeds, aka ‘hemp hearts’, and hemp ‘nubs’ (shelled hemp seeds) for centuries as a food product, cooking with them and using the seed to extract oil, it’s only in recent years that urban Indians have become aware of the many parts of the hemp plant that offer multiple nutritional benefits. In fact, companies that sell packaged hemp products today are calling hemp seeds a superfood because of their high nutritional value.

But first, a few myths need to be dispelled. Hemp seeds obtained from the plant Cannabis sativa contain only trace amounts of tetrahydrocannabinol (THC), the psychoactive compound. Rising awareness among the Indian consumers about the benefits of industrial hemp and increasing legalization to cultivate industrial hemp in many parts of the country is expected to drive its market in India, says Rohit Shah, co-founder and CEO of Hemp Horizons, one of the biggest players in the new-age hemp products market in India, which manufacturs hemp products for several brands in the sector and retails its own products under the brand name ‘Health Horizons’. Edited excerpts from an interview about what makes hemp a superfood:

We know of the pain and mood alleviation benefits of hemp but what are some of the nutritional benefits?

Hemp’s reputation has markedly improved and flourished as its numerous health benefits came to light. Hemp has been consumed for centuries and has many essential nutrients required for our body.

Although technically a nut, hemp seeds are highly nutritious. Hemp is considered to be a complete protein as it’s a powerhouse of eight essential amino acids present in quantities enough to meet the body’s needs. This makes hemp a good alternative protein source for vegans and vegetarians. In addition, hemp is exceptionally rich in two essential fatty acids, namely, omega-6 and omega-3. They even contain gamma-linolenic acid, a nutrient linked to several health benefits. A great source of vitamin E and minerals like potassium and phosphorus, hemp seeds can be consumed cooked, raw or roasted. Even hemp seed oil is considered very healthy for dietary intake.

Do you think hemp nutrition products can get widespread acceptance in India given the association with cannabis with recreational drugs?

The hemp plant has been cultivated in the world for more than 12,000 years. In India, this plant’s unique properties were recognised thousands of years ago in the Atharva Veda. It can be used in several medicines, including for the treatment of cancer. Currently hemp is legalized in two states in India, Uttrakhand and Uttar Pradesh, and the conversation is ongoing in Himachal Pradesh.

Hemp contains less than 1% of the psychoactive drug while marijuana contains up to 20% or more. Hence comparing the two wouldn’t be appropriate. We need more awareness around the benefits of hemp in order to break this taboo around it.

What makes you call hemp a “superfood”?

It can be considered as one of the superfoods due to its rich nutritious content and health benefits. Hemp seed has a variety of health benefits. It has 20-40% Albumin and 60-80% Edestine, which are naturally present in hemp seeds, in a structure closely similar to proteins manufactured in our blood, which makes hemp protein easily digestible. The small, brown seeds are rich in fibre, protein, and healthful fatty acids, including omega-6 and omega-3s.

Hemp’s antioxidant properties may also reduce symptoms of numerous ailments in addition to improving the health of the heart. Its nutritional power and hardiness significantly addresses the global protein needs and starvation problems.

A normal serving of 3 tablespoons of hulled hemp seeds/hemp nubs (hearts) has over 14g of healthy fats, 165 calories, and almost 10g of protein. These seeds are also rich in minerals like potassium, phosphorus and magnesium. Hence, hemp is definitely a superfood.

Would hemp nutritional products have any mood lifting benefits? In simple terms, could you get high from eating a salad tossed in hemp seed oil?

No, procured from the Cannabis Sativa plant, hemp seeds are often confused with cannabis which is derived from other parts of the plant. However, it is a completely different thing. It does not extend any mind-altering properties and is extremely safe and beneficial.

Hemp seeds are incredibly nutritious. The oil extracted from the seeds is highly rich in protein, fibre, and healthy fatty acids including omega-3s and omega-6s.

What are some of the other ways in which people can cook/ consume raw hemp products such as seeds, hearts, nubs etc.?

Something so healthy doesn’t have to be boring. Raw hemp products can be consumed in a variety of manners. Hemp seeds and nubs can be consumed raw every morning as directed by your physician, or added to regular food. It adds nourishment to food without changing its taste. Furthermore, hemp powder can be added into smoothies and milkshakes or sprinkled on salads to improve their nutritional value, and hemp oil can be used for cooking or as salad dressing.

Is there a tradition of consuming hemp products for nutritional purposes in Indian cuisines? Can you give some examples?

Yes, hemp has been consumed in several Indian cuisines. In Uttarakhand and Himachal Pradesh, villagers make ‘bhang ki chutney’ and use hemp salt, which is consumed as an everyday food item because of its high nutritional value.