Understanding Delta-8-THC: Where Does it Come From? 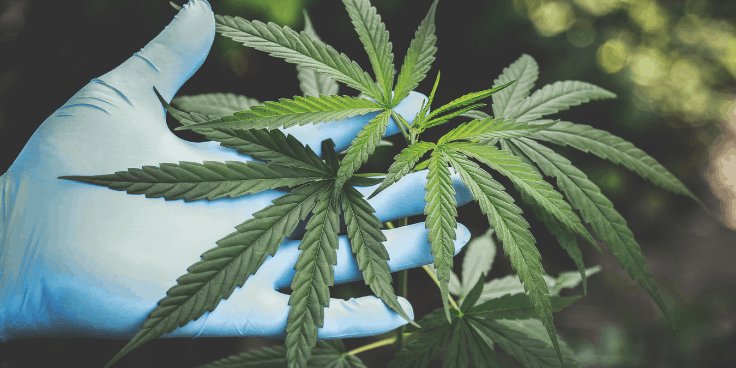 but according to the National Hemp Association, scientists believe that there may be more than 100 different cannabinoids in cannabis.

One cannabinoid that has recently emerged in the market is delta-8-THC.

As previously reported by Hemp Grower, the National Cancer Institute defined delta-8-THC in a statement as an analogue of THC that contains neuroprotective properties that can increase appetite and reduce nausea, anxiety and pain. It produces some psychotropic effects that are believed to be less potent than delta-9, the primary form of THC found in cannabis.

The legal status of delta-8 remains unclear, as some say it’s federally legal under the 2018 Farm Bill, while others consider it a loophole.

“In terms of the legality, I think everyone is confused,” says Scott Churchill, the director of scientific operations at MCR Labs, an independent cannabis testing laboratory based in Massachusetts. “There are people that say it’s illegal because it’s a derivative of cannabis, which I believe is how the original prohibition was written, stating that anything that is a derivative of cannabis is illegal. But then the hemp farm bill came out and depending on that language [in the farm bill] is whether or not it created a loophole for non-delta-9.”

Delta-8 is reported to have similar psychoactive effects as delta-9, but the effects are much more subdued, says Roger Brown, the president and founder of ACS Laboratory, a cannabis, hemp and CBD testing laboratory in Florida.

The chemical structure between delta-8 and delta-9 is similar, as delta-8 is just an isomer of delta-9, Brown says.

And Jeremy Sackett, the founder and owner of Cascadia Labs, a cannabis-centric testing laboratory in California, agrees, saying there is a minimal difference between the two isomers because essentially the only difference is the double bond location.