The UK is the world’s largest producer of legal cannabis. 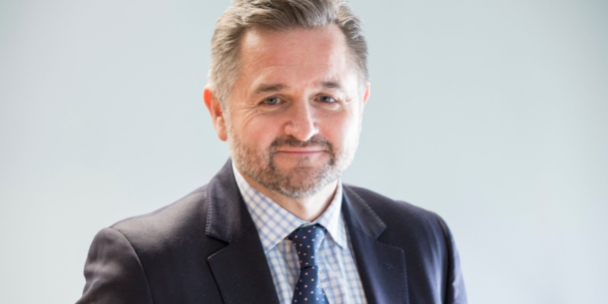 Inside Britain’s biggest legal cannabis farm and why business is booming for CBD producers – but is it the miracle crop it is claimed to be?

The luscious green plants stretch as far as the eye can see. Row after row, lovingly tended in a glasshouse that’s roughly the same size as 34 football pitches.

Thought to be one of the UK’s largest glasshouses, the 45-acre glasshouse in Wissington, Norfolk, sits in an area known for the growing of crops, vegetables and fruit, from peas and beans to tomatoes and strawberries.

But this crop is slightly different. Once filled with tomato plants, the glasshouse owned by British Sugar is now home to hundreds of thousands of cannabis plants grown for the pharmaceutical company GW Pharmaceutical.

Carefully cultivated at GW’s research facility in Kent, the plants are reared on an industrial scale in Wissington with high levels of cannabidiol – or CBD – and very little THC (Tetrahydrocannabinol), the psychoactive element commonly associated with marijuana. It makes them perfect for approved and regulated epilepsy drugs. 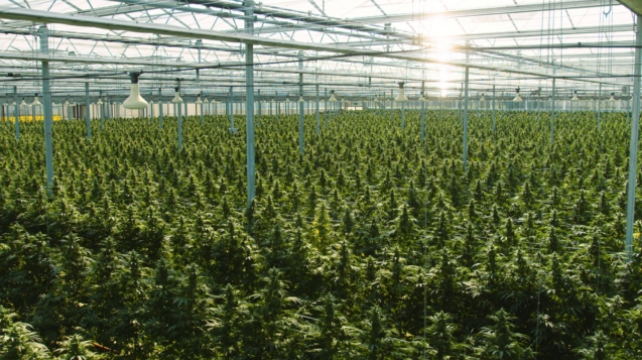 Look closely and you may think every plant looks the same – their height, the density of leaves and flowers. It’s not your eyes playing tricks on you. To ensure they produce the right qualities for the medicines they help make, these plants are grown in a way that ensures they are all virtually identical.

Cuttings taken from “parent” plants identified for their high CBD content are planted into pots and carefully tended in the glasshouse with the perfect amount of water, light and fertiliser to guarantee high yields before they are harvested and processed.

“It’s not quite a Del Monte moment but we know when the plants are ready,” says GW’s chief operating officer, Chris Tovey. “It looks amazing and the aromas are amazing. Not every cannabis plant smells the same, so a crop here smells distinctly different to a hemp crop or a crop expressing a different profile of cannabidiol.

”The scale of the facility reflects the size of the global cannabis industry and its rapid growth to cater for a rising demand in cannabis-based medicines as well as a consumer-focused CBD market.

As well as Wissington and its research facility at Kent Science Park, GW has other sites across the UK and it isn’t the only large producer. Other companies include Sativa Investments, whose own headquarters is in Somerset. In 2019 it announced it was planning a £10m, 7.5-acre greenhouse in rural Wiltshire.

Elsewhere in Europe, companies have invested in cannabis farms and processing facilities in countries including Denmark, Spain, Portugal and Germany.

The growth in cannabis farms is a direct response to a swelling market for cannabis products. The emergence of approved and regulated drugs to treat conditions such as epilepsy, along with a gradual relaxing of legislation around both medicinal use – including in the UK in November 2018 – and recreational use in various countries around the world, has contributed to a growing demand for high quality, carefully grown cannabis plants.

They that are significantly different from their distant relatives such as hemp or high-THC plants.

It is big business. London-based analysts Prohibition Partners estimated that the European cannabis market will be worth £106bn by 2028, while according to the publication Health Europa, the global medical cannabis market was worth $13.4bn (£10bn) in 2018 and is projected to grow to $148bn by 2026.

Many of the major players investing in facilities in Europe are US and Canadian companies. They include Canadian giant Aurora Cannabis and its Danish subsidiary, Aurora Nordic, as well as Cronos Group, a Canadian producer and distributor of medical cannabis that also operates in Germany, Israel, and Australia. Canopy Growth is also Canada-based but has operations in eight countries across five continents.

With more than 20 years in the sector, GW puts itself among some of the more experienced players. “When GW moved to Kent Science Park site over 20 years ago the first building was the research glasshouse,” says Tovey. “A handful of people learned how to grow cannabis and learned how to grow it consistently.”

That handful of people has grown into a huge operation, with around 400 people based at the facility now – a mixture of welly-wearing horticulturists who get their hands dirty and white-coat-wearing technical teams that analyse the plants to ensure they have the right genetic make-up for the task at hand.

It all sounds very hi-tech, but the way the plants are controlled isn’t that different from growing roses to ensure you have the best blooms possible, says Tovey.

“All of the plants we use are a result of really old-fashioned Mendelian techniques,” he says. He is referring to Gregor Mendel’s discovery of the principles of inheritance and genetic traits through experiments with pea plants.

“You grow the plants and look at different phenotypes and select the ones with the right composition. You then have a number of plants that form the ‘parents’ for every subsequent generation.”

Those parents are then used to create “clones” grown on an industrial scale in the glasshouse at Wissington. Cuttings taken from them and put into small pots are bathed in light to accelerate the growing process then moved into the main glasshouse and provided with all the water and nutrients they need.

The cycle of growth

After a few weeks in natural light, it’s time for the exciting part. “The whole of the glasshouse ceiling has blinds that can be pulled across to create near-total darkness,” says Tovey.

“These plants are pre-attuned to daylight length so what we effectively do is create a long night so the cannabis plant thinks it should flower.”

Once that has worked, the flowers – the part of the plants with the high CBD content that’s so valuable – are ready to be harvested. At that point a small army of 30 to 40 seasonal workers join the team of horticulturists and managers at Wissington to help harvest the plants.

The stems are cut and they are allowed to dry naturally before being processed and put through a machine that strips the flowers, removes the stems and leaves and prepares them to be dried and formed into pellets ready to be shipped away. And then it starts all over again.

With three crops a year, that means one cycle needs to be started before the next is finished, ensuring the highest yield. 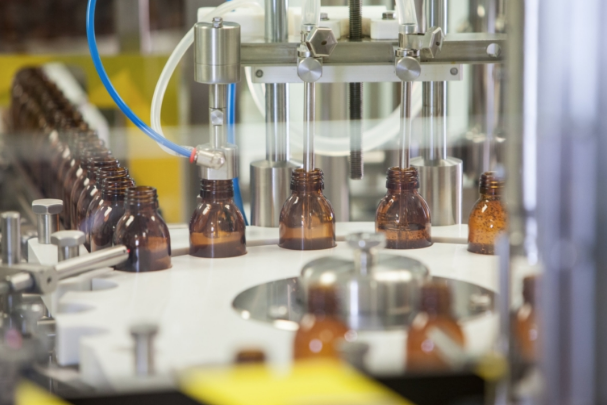 Tovey is keen to point out the difference between these plants and other relatives within the same plant family with different properties and uses.

Like any plant, the Cannabis Sativa L plant has a range of species, some higher in CBD and others – often grown illegally – bred for high levels of THC. While CBD is being manufactured into regulated medicines by some companies such as GW, in lower doses it has also cornered an area of the wellness market.

From oils, pills and vapes to gummies, shots, dog treats and even gym wear, the products are generally affordable and are available on the high street or online. They are claimed to have benefits ranging from pain relief to help with stress or anxiety.

Earlier this year, Savills estimated that the UK CBD market was worth £300m and is expected to more than triple in the next five years – taking it to potential £1bn market by 2025.

These consumer products are subject to less regulation that their medical cousins – something Tovey is also keen to stress. “Our medicines have to go through exactly the same process as an oncology drug, a haematology drug or an antibiotic. They’ve gone through that full experimental, evidence, testing, assessment process,” he says.

As well as being different from the plants grown for the wellness market, they’re also worlds apart from those in unregulated farms. These include those found in places such as China and Eastern Europe, growing cannabis for the illegal market, or homemade “farms” set up in abandoned houses or lofts across the UK.

Last month police discovered a large, sophisticated illegal cannabis farm in a former nightclub in Coventry, whose crop had a street value of £1m.

It’s a difference that the British entrepreneur Maximilian White – who is planning his own cannabis farm in Portugal – also points out. “People have to understand the difference between cosmetic CBD and medical CBD,” he says.

It’s the latter that White plans to grow on a 100-hectare farm in Portugal that he predicts will be the largest cannabis farm in the world.

The project, which is four years in the making, has had him enlist the help of Portuguese universities and medical experts to create a site that he says has the perfect growing conditions for these profitable plants.

With the promise of hefty financial returns, it’s unsurprising that someone in his position would invest in this sector.

“It’s obviously a very, very good entity to get involved in,” he says. But he admits that part of the draw is the added bonus of being part of an industry hailed by many as holding the key to curing a range of ailments.

Critics remain sceptical of the efficacy and safety of CBD. David Raynes, spokesman for the National Drug Prevention Alliance, points to research by Dr Albert Stuart Reece, professor of medicine at the University of Western Australia and Edith Cowan University in Perth, that raises concerns over potential links between cannabis and conditions including autism and birth defects.

“The people who are pushing medical cannabis are treating it as a religion rather than in scientific terms,” he says. “Is it useful? Yes. There’s some drugs approved for certain types of childhood epilepsy and various other things. But does it cure everything? No. Because there’s all these other effects.”

Some argue that cannabis farming also comes with a toll on the environment. While outdoor growing, which uses natural sunlight and rainwater, is viewed as less harmful, large indoor production facilities come with heavy power and water consumption.

In figures released in 2018, analysts New Frontier Data estimated that legal cannabis cultivation in the US consumed 1.1 million megawatt hours (MWh) of electricity annually – enough to power 92,500 homes for a year – and forecast that to increase 162 per cent from 2017 to 2022.

For some, it’s a price worth paying to cultivate a crop that could have healing benefits as well as financial reward. But Raynes questions whether the large investment in cannabis farming will yield the fortunes some are predicting.

If there’s one thing everyone can agree on, it’s the importance of regulation when it comes to managing this exploding industry.

“Undoubtedly the cannabis plant and the chemicals in it is the most amazing opportunity to create new medicines,” adds Tovey.

Unfortunately that is complicated within an amazing new category that’s sprouted in the last few years and further complicated by recreational cannabis. There are different categories and they need to be regulated in different ways.”

But whatever direction the regulation of the cannabis industry takes, one thing is clear – the great glasshouse at Wissington is likely to have plenty more Del Monte moments.