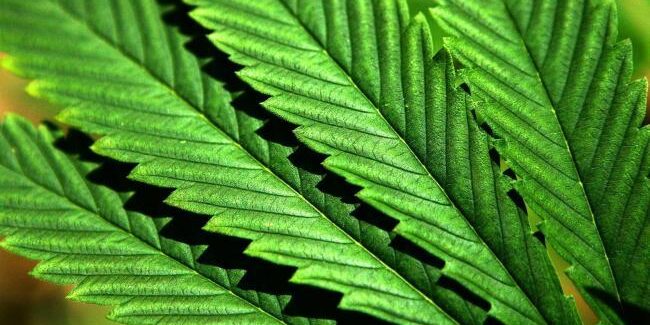 Farmers in the South of Scotland are being encouraged to look at novel crops such as mushrooms, cut flowers and cannabis, or even opium poppies

MEDICAL cannabis could be grown in Scotland’s fields under suggestions from the country’s agriculture experts.

Scotland’s Rural College (SRUC) has suggested it amongst novel crops that could flourish in the south of the country. Otherse include mushrooms and cut flowers.

SRUC suggests farmers in the Scottish Borders and Dumfries and Galloway could also diversify away from the traditional land uses of beef, sheep, arable and forestry, into producing bark for tannin extraction, sugar beet or ancient cereals which have higher protein and fibre and less gluten than common alternatives.

The mushrooms in our supermarkets are mostly imported from Europe, but SRUC says Brexit means Scottish producers could take a bite out of that market.

And medicinal cannabis, now prescribed by the NHS for various conditions such as epilepsy and multiple sclerosis, and opium poppies, whose seedpods contain codeine and morphine among other substances, are both said to offer opportunities to expand pharmaceutical crop production in the UK.

Meanwhile, though flowers like roses, lilies, tulips, daffodils and sunflowers can be grown in the UK, almost 90 per cent of cut flowers here are imported. These, together with freesia, iris, delphiniums, pinks, carnations, chrysanthemums and peonies, have recently seen a resurgence in popularity, offering what SRUC says is another opportunity for farmers.

Professor Russel Griggs, chair of SOSE, said: “We welcome the findings of this SRUC report. The south of Scotland has a wide range of topography, weather conditions and soil types. While typical land uses have long been beef, sheep, arable and forestry, changing markets and subsidy systems, environmental change, and technological advancement in production has shown an increasing potential for assessing the viability of growing alternative crops in the South of Scotland.

“The report shows that medicinal cannabis is among the alternative crops which could be grown successfully in the south of Scotland. This ties

in with SOSE’s recent announcement of support to Hilltop Leaf Limited, a private medicinal cannabis cultivation and extraction business which aims to provide an alternative plant-based clinical treatment to synthetic pharmaceuticals in the South of Scotland.”

Anna Sellars of SAC Consulting, part of SRUC, said: “The full range of alternative crops is massive. For example, there are over 300 species of clover alone.

“New methods of agronomy and processing are enabling more crops to reach market viability, such as the first UK lentil harvest in 2018.

“From consultation with stakeholders, the project has selected a small number of alternative crops considered to be of most interest and potential for the south of Scotland, and in the report we provide an overview of the opportunities, steps for further development, and appraisals for each of the crops.”