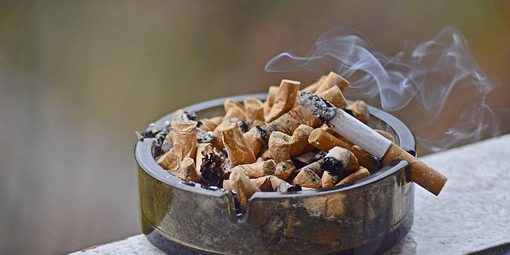 A chemical found in cannabis plants could hold the key to giving up smoking, scientists have claimed.

Researchers have discovered that taking CBD completely disables some of the most fundamental triggers for relapse in smokers who have quit – cues they strongly associate with cigarettes such as friends smoking or particular settings.

The study which was published in the journal Addiction builds on previous research that found smokers who used a CBD inhaler whenever they felt like smoking cut their cigarette consumption by 40 per cent over the course of a week. Both studies, led by University College London (UCL), were small scale and the researchers have cautioned much bigger groups were needed to confirm the results.

But experts said the results still offered significant hope CBD could play a fundamental role in an effective way to quit smoking, with a treatment potentially becoming available in as little as five years.

Although scientists welcomed the finding they cautioned that much more research to confirm whether cannabidiol may be an effective treatment for giving up smoking. They point out that it it didn’t reduce craving or withdrawal symptoms in smokers in the experiments they conducted- both of which are key drivers of relapse.

Dr Tom Freeman from King’s College London, who worked on the study with UCL researchers, said: “These findings suggest that cannabidiol has promise as a treatment for tobacco addiction. “It might be particularly effective when abstinent smokers are exposed to cues that trigger relapse such as when they are with a friend who lights a cigarette or in a particular place they associate with smoking.”