More Than 100,000 Jobs Could Be Created In Australia If Cannabis Was Legalised 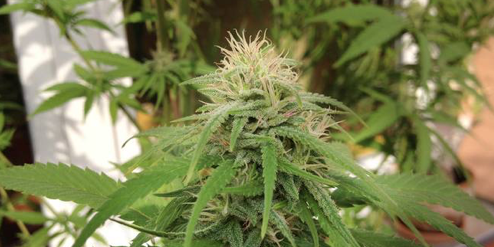 Australia could see an abundance of jobs created if the country was to legalise cannabis, the leader of a pro-marijuana political party has claimed.

Leader of the HEMP party, Michael Balderstone, discussed the the current cannabis climate in Australia with Dr John Teh of PlantMed, as well as the trials and tribulations faced by the Party – which stands for Help End Marijuana Prohibition.

Speaking on the criminal versus health aspect of cannabis, Balderstone was adamant it should remain ‘a health issue,’ adding that the black market criminal organisation from which cannabis is currently produced is unlikely to care about the health of users.

He said: “Most of the pot in Australia on the street is grown by highly organised crime, full of chemicals, they don’t really care about the health quality of the product.”

He also said that while other countries, such as New Zealand, are bringing about positive steps on the road to legalisation, Australia seems to have gone backwards – particularly with the more regular use of drug sniffer dogs in NSW.

Balderstone said: “I think the driving and sniffer dogs has changed drug habits a bit. You know, a lot of people won’t use cannabis because it’s the easy bus,

stays in your system so long.

“So, they’re gonna use other drugs, which may well more dangerous. So, there’s a lot.”

More than $1.1 billion is spent every year policing cannabis in Australia. However, if the drug was legalised then there could be potential tax revenues exceeding $2 billion a year, according to projections from the Green party.

“We’d save billions from costs and make a fortune in tax,” Balderstone said.

“I reckon there’s 100,000 jobs just waiting to happen in Australia, if they allowed smaller licenses, you know, instead of a huge corporations growing 20 acres of weed and employing 50 people.

“There are thousands of people who would like to make a living out of being a small supplier. Supply 50 kilos or something, you know, boutique growers like boutique breweries or something like that. I would love to see it become smaller.”

Dr Teh agreed, saying that the trajectory of legalisation ‘is that it is coming’, and once legal would see ‘our community…be healthier and less violent’.