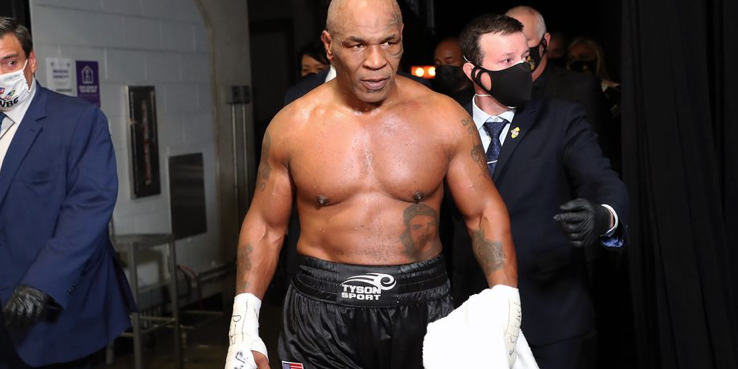 Mike Tyson’s love of marijuana is no secret, and the 54-year-old says he smoked right before his exhibition on Saturday.

I did wonder, going into his Nov. 28 exhibition fight with Roy Jones Jr, would all those years of toking hurt Mike Tyson, and have his lungs barking angrily at him after two or so rounds?

Well, the lungs seemed in decent condition. At 54, he did eight, two-minute rounds and looked like he could have kept going. That, Tyson said in his post-fight press conference, is testament to his training regimen, his trainers, and his sparring partners.

Tyson shared with a small collection of media at the post-exhibition press conference how he handled his fondness for smoking marijuana in the lead-up to this bout with Jones.

“I smoked every day,” he said, while the assembled guffawed. “I never stopped smoking.”

And did he smoke right before the fight?

He said the reefer doesn’t really affect his performance. “It’s just who I am, it has no effect on me from a negative standpoint. It’s just what I do, what I am, and how I’m gonna die. There’s no explanation, there’s no beginning, there’s no end.”

But does the marijuana numb the pain that one can feel from taking punches? “No, it just numbs me, it doesn’t numb the pain,” he answered.

And yes, if you watched the broadcast, you know well that marijuana was something of a theme in this promotion.

Tyson has made no secret that he’s pro weed, he markets weed as a product, and has said he has taken toad venom, to good effect.

Also, a major sponsor the PPV was Weedmaps, a technology company in the legal cannabis space. Their brand name was painted on the ring and on screen during the pay-per-view show, as well as in the locker room and press room.

The California commission did state that both Tyson and Jones had completed VADA testing ahead of the event. But I guess we can assume they didn’t test for presence of THC.