Is it legal to smoke weed at home? UK cannabis laws explained 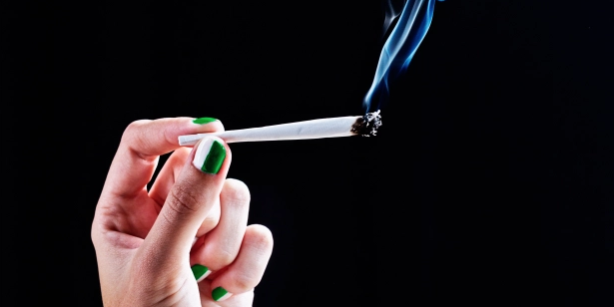 Is it legal for people to smoke cannabis if it’s in their own home?

CANNABIS use is a hotly contested topic the world over – but what are the rules in the UK?

Here we explain the laws surrounding smoking weed, and if it is ok to do it in your own home…

Cannabis, marijuana or weed is classified as a Class B drug, putting it in the same category as ketamine and amphetamine.

Just because someone is using the drug within their own premises doesn’t make it legal.

And the pungent, slightly floral smell of someone smoking cannabis is often hard to disguise and most people won’t want the stench creeping over into their gardens or homes.

Despite specialist doctors being granted the ability to prescribe cannabis oil on November 1, clinicians say the prospect of legalising smokeable marijuana is unlikely.

How is cannabis classified and what are the penalties?

At present, it is a class B, with very limited exceptions.

You can get up to two years in prison for possession of cannabis.

If you’re under 18, the police are allowed to tell your parent, guardian or carer that you’ve been caught with drugs.

Police can issue a warning or an on-the-spot fine of £90 if you’re found with cannabis.

If I call the police, will my neighbours find out it was me who dobbed them in?

No. Police will never give away a caller’s identity and your neighbour will not be informed that a complaint came from a neighbour.

A police spokeswoman said that officers might also use tip-offs to advise where they go on patrol.

Then, if the officers were to smell cannabis themselves, they might knock on the door and investigate that way.

The resulting punishment for the user depends on many different variables including how much cannabis the smoker is in possession of and whether they’ve been caught with it before.

If you are caught with the drug cops can issue an on-the-spot fine if you have less than one ounce.

Where is it legal to smoke weed?

There are a number of countries where you can smoke weed without getting into trouble.

Canada, some parts of the US and within size limit in Mexico it is all ok.

Belize, Jamaica and Argentina are also ok with the use of the drug.

Uruguay, Belgium, the Netherlands, Switzerland, Portugal, Spain and Australia all have decriminalised possession of cannabis.

How is cannabis classified and what are the penalties?

Cannabis remains illegal to possess, grow, distribute or sell in the UK, according to the Home Office.

Being caught with cannabis comes with a maximum of five years in prison, an unlimited fine, or both.

While being convicted of producing and supplying the Class-B drug carries up to 14 years behind bars, an unlimited fine, or both.

Police can issue a warning or on-the-spot fine if you’re caught with a small amount – generally less than one ounce – if it is deemed for personal use.

Where is weed smoking legal?

Weed has been legalised for personal use in a number of countries, including Norway, the Netherlands and Portugal, which decriminalised the use of all drugs in 2001.

Recently it has also become legal for medical and recreational use across much of the United States, with California the most recent state to allow it for recreational use.

In 2018 Canada legalised cannabis for recreational use, only the second nation to do so.

Campaigners have highlighted the potential health benefits of cannabis, but only when used in moderation.