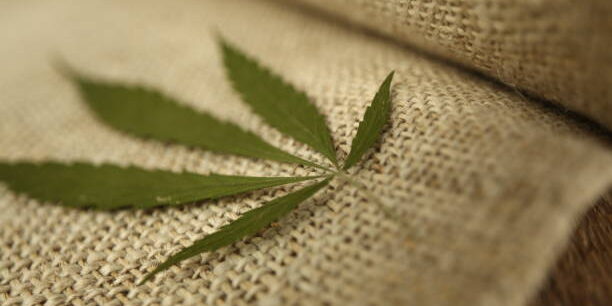 Hemp has played an important role in countless societies for thousands of years. The crop was even considered to be one of the five sacred plants referred to in the Ancient Hindu scripts known as The Vedas The plant has been cultivated for thousands of end uses, including for the production of paper and ship sails, as well as for food and weapons. One of the most enduring uses of hemp, however, is for clothing.

Hemp has been an incredibly common material for the production of fabrics and clothing all around the world for millennia, thanks to the strength and versatility of its fibres. The crop also requires less water than cotton and has a faster growing cycle – something that is as useful today as it was in ancient times.

Despite seeing a fall in popularity and manufacture owing to the ongoing stigma associated with recreational cannabis, hemp’s environmental attributes have seen the crop begin to make a resurgence in the fashion world. We’re taking a look at the latest big brands to release new hemp products!

Levi’s® has been around and making high-quality denim products for almost 170 years. When most people think of jeans, Levi’s® will be the brand they think of. However, despite their long reign as the dons of denim, the brand has recently acknowledged that their traditional cotton denim products are not the most environmentally-friendly in the world…

According to Oxfam, it is estimated that to grow and dye the cotton to make just one pair of jeans and one t-shirt, it takes approximately 20,000 litres of water. Shockingly, it would take the average Jo 13 years to drink this same quantity.

Levi’s® has been attempting to tackle this problem with the introduction of various ranges and services including recycled denim and Water<Less® technologies. Now, the brand is backing the new cannabis revolution with Levi’s® Cottonised Hemp – an alternative to traditional cotton.

Levi’s® introduction to the Cottonised Hemp range reads: “Specially designed for Levi’s®, this new innovative hemp yarn is soft like cotton — and easily woven into denim styles. So you get the same authentic Levi’s® look and feel in a garment that’s easier on the environment.”

Sportswear giant Nike has partnered with British retailer Size? for their latest collaborative effort. Taking inspiration from two of the streetwear capitals of the world – London and Tokyo – the Nike Air Zoom Type ‘Hemp’ combines Japanese minimalism with touches of striking colour.

The new shoe comes in the popular Air Zoom silhouette with a chunky, layered white sole, complete with Nike’s signature air bubble in red. In contrast, the upper of the shoe takes on a natural and minimalistic hemp weave with complementary blue and red stitching.

The Nike Air Zoom Type ‘Hemp’ is available exclusively at Size? stores and are priced at £140.