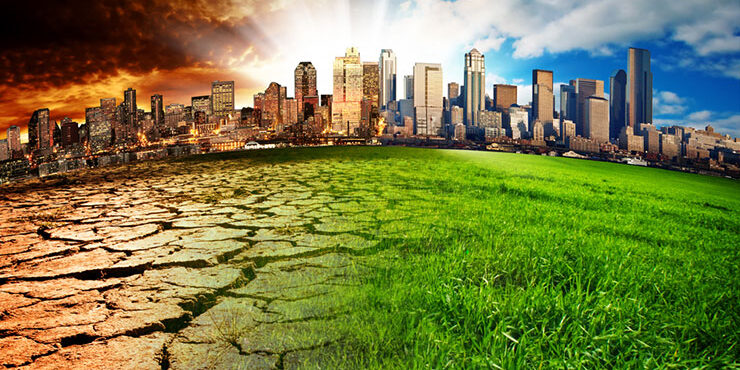 As extreme weather events ravage the country from coast to coast – including wildfires, floods and early freezes – hemp and marijuana growers are being forced to reevaluate their risks and consider changes to their cultivation practices. 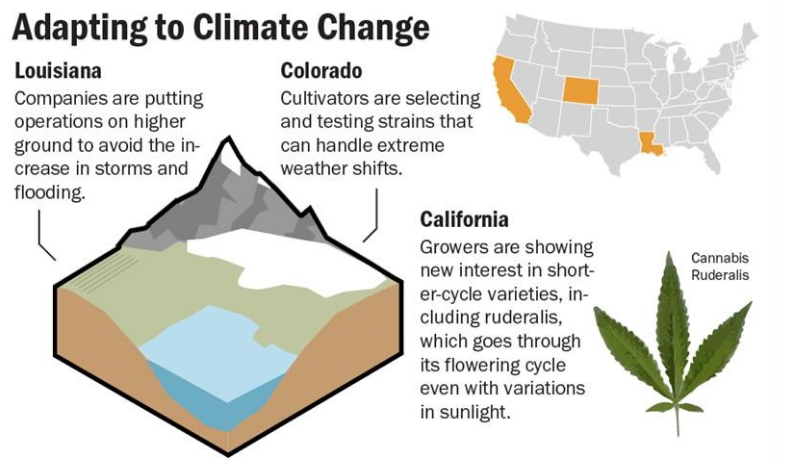 Outdoor growers, in particular, are vulnerable to severe changes in weather, prompting farmers to consider moving their crops inside and using new cannabis varieties. Other cultivators are locating their operations on higher ground to avoid flooding.

Scientists have linked the extreme swings in the weather to climate change.

Jon Vaught, CEO and co-founder of Front Range Biosciences, a Lafayette, Colorado, cannabis biotech firm with hemp-growing operations, noted that all farmers are dealing with volatile weather tied to a changing climate.

“We can debate about whether we’re getting hotter or cooler,” Vaught said. “But the bottom line is, it’s getting more unpredictable, and that makes it worse.”

Wildfires burning up and down the West Coast as well as a 70-degree temperature swing in Colorado that unleashed an early cold snap and snow are only two recent examples of rapid changes in weather conditions causing problems for the industry.

Ditto the flooding hitting Louisiana in the wake of two recent hurricanes.

“No matter what your crop is, if the weather becomes unpredictable, it becomes very hard to manage because your risk goes up so much,” Vaught said.

The unusual swings in temperatures as well as smoke and contaminants in the air from fires has led some outdoor cannabis growers to start thinking about growing indoors or in greenhouses, depending on the market for flower and cost of production, according to Vaught.

Others are considering growing shorter-cycle varieties of cannabis, including ruderalis, which is commonly referred to as autoflower. This means it goes through its cycle no matter the variations in the amount of sunlight.

Ruderalis also has a shorter time to flower than most sativa, indica or hybrid versions of the two.

Such solutions can save cannabis companies money in the long run up and down the supply chain.

The freeze earlier this month in Colorado, for example, might have caused millions of dollars in damage to marijuana and hemp plants.

It’s the same on the West Coast, where smoke and fire damage are impacting growers in California, Oregon and Washington state.

In the case of processors, badly damaged crops drive down the supply of cannabis for extraction, leading to steeper prices.

For Case Mandel, founder of Cannadips Brand and live resin extraction company ArcataX in Humboldt, California, the ongoing fires are driving up the cost of material for extraction by 50%.

“The supply is incredibly dwindled,” he said. “Everything’s going to be exorbitantly higher, and consumers are going to have to get used to paying really high prices.”

Oregon State University announced plans this week to assemble hemp growers to explore how smoke-affected hemp flowers should be used.

The upcoming group – which is looking for industry participants – plans to look to the wine industry for guidance. A 2019 West Coast Smoke Exposure Task Force in that industry helped write guidelines for “smoke-taint” grapes.

Hemp researchers are especially interested to find out whether two toxins in wildfire smoke survive extraction:

“One thing we’ve learned from wine is, ethanol really pulls all that smoke effect into the final product,” said Jay Noller, an Oregon State agronomist who is leading the effort to research smoke effects on hemp.

The researchers also plan to look at how plants respond to decreased sunlight as they near flowering.

“We do think it attenuates harvest,” Noller said of smoky skies, which he said are “like a competing plant coming in and taking those kilowatts.”

“Real estate in cannabis is always a challenge,” Macias said, but finding a place that was safe from tropical storms and worse was “like finding a needle in a haystack.”

It’s good Ilera found a place elevated from the rest of the small city of Baker when Hurricanes Laura and Sally recently swept through the region, dumping rain and flooding the low-lying areas.

Macias said the company went through many property negotiations before it found a suitable piece of land.

Since then, Ilera has worked hard to remain prepared for hurricanes, having invested in generators and fortified electrical systems to withstand storms.

“The power source has definitely been the most important,” Macias said.

Ilera also has established areas in the building where employees can stay overnight and keep the plants alive in a storm.

“It’s not about protecting the facility as much as we have to protect the medicine,” Macias said.

To put a positive spin on it, she added that the nature of working in the marijuana industry has forced her company to be ready for natural disasters.

Even without the potential for hurricanes, the building would have been fortified and prepared with top-of-the-line security.

“Cannabis prepared us for the hurricane,” Macias said.

Many outdoor cannabis and hemp farmers in southern Colorado were hit hard by the state’s early freeze on Sept. 8.

However, Bill Conkling, CEO and owner of Maggie’s Farm, which grows outdoor marijuana in southern Colorado, said the infrastructure his farm deploys keeps plants from splitting and breaking when hit with frost or heavy snow.

While Conkling admits that nobody prepared for the sustained 30-degree low one of his farms saw, he said, “if the weather’s changing, you have to stay ahead of it.”