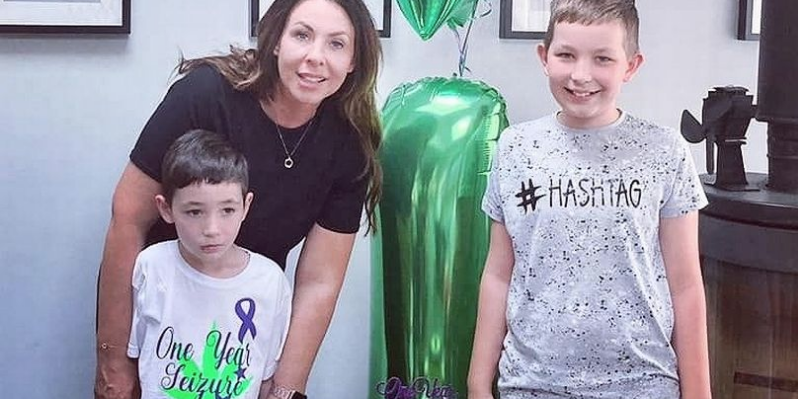 The cannabis oil that has stopped an East Kilbride boy having epileptic fits is the only way forward for him now – yet still his mother still can’t get a prescription for the drug.

Doctors this week told his mother, Lisa Quarrell, that surgery or a change in medication is no longer an option for the eight-year-old because he is doing so well on the imported drug.

But Lisa has been left fighting tooth and nail for any sort of help to have the oil prescribed to her son on the NHS. And that leaves her having to shell out £1200-a-month to pay for the life-saving oil.

She told the News: “Cole has been seizure-free for 15 months due to Bedrolite.

“Coronavirus has made it far harder to raise money to pay for it. The fundraising nights we were holding have stopped and it’s a month-to-month battle to pay for it between me and his dad. 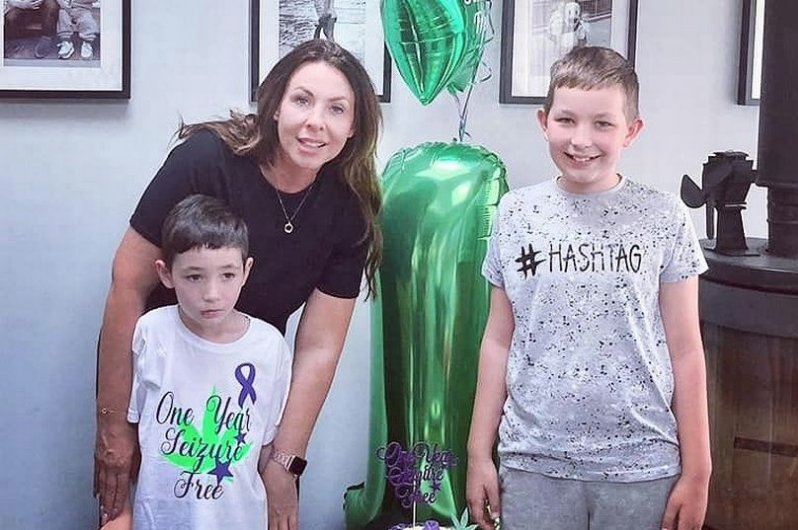 “Surgery could leave him paralysed so consultants have said they can’t do it when Bedrolite is proving so successful.”

In August, brave Cole celebrated a year of being seizure free – the time passed from his last seizure now sits at 15 months and counting.

Ex-cop Lisa previously admitted smuggling the Bedrolite oil medicine in from the Netherlands before receiving a private prescription for it.

Earlier this year, health minister Jeane Freeman told Lisa that – because she “went private” – it would be deemed “improper use” of NHS funds to pay for Cole’s prescription.

The Newlandsmuir mum-of-two now wants to use NHS endowment funds to pay for his supply. The charity funds are given to the NHS by donations from the public.

She had applied to the fund earlier this year but was turned down because it said surgery was analternative to drug treatment. But with that no longer an option, she wants the decision over her application to be revisited.

It’s the latest battle Lisa has had to try and get the NHS to fund Bedrolite.

She added: “We were turned down earlier this year through the NHS Lanarkshire endowment fund. The charity said it’s because he could get surgery but doctors now say that’s too risky.

“So if this is confirmed by the person qualified in treating my son, why are guidelines allowed to stop Bedrolite being prescribed? Are guidelines more important than my sons quality of life?”

Lisa now faces a constant battle to raise £1200 a month to pay for the lifesaving drug, with a fundraiser set up last August having amassed £8158 of its £18,000 target.

She and her friend Elaine Steel took part in Sober October to try and raise funds for Cole’s plight. That saw the pair raise £800 to help.

NHS Lanarkshire had more than £195,000 donated to its endowment fund between April and August. It has paid out more than £124,000.

“I would encourage Ms Quarrell to contact us to discuss her concerns.”

You can continue to support Lisa and Cole by heading to www.gofundme.com/f/colesmedicine