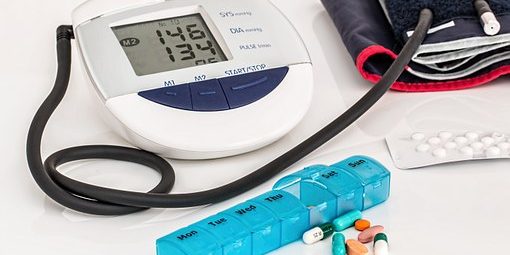 As the medicinal properties of Cannabidiol oil or CBD or hemp oil come into our knowledge and informed opinions on the same are being arrived at, many old myths and false beliefs have been discarded. This oil extracted from the hemp plant, after facing scores of legal queries and moral apprehensions, has finally been acknowledged for the many benefits that were long eclipsed.

While many still might differ, others, especially medical practitioners, cannot ignore the various utilities that CBD, on account of its healing power and versatile attributes, has to offer.

To quit smoking and drugs, inhalers containing CBD can prove helpful. Drug addicts who smoked fewer cigarettes than usual had no further cravings for nicotine when they were on limited CBD dosage.

Neurotherapeutics study has deduced that CBD is a promising treatment for people with opioid addiction disorders. It also reduces some symptoms associated with it like anxiety, mood-related symptoms, pain, and insomnia.

Oxidative stress occurs when the body has too many free radicals and fails to neutralize them. This is more of a problem now than in the past because our environment is so much more toxic now than it was a few decades ago. CBD oil can act as an antioxidant and it has been found that CBD has neuroprotective qualities which reduces the neurological damage that can be caused by free radicals.

Pain relief and anti-inflammatory properties constitute a chief benefit of CBD. And being

absolutely natural further prevents the side-effects of synthetic pain-relieving drugs.
Journal of Experimental Medicine found that CBD significantly reduces chronic inflammation and pain in some mice and rats. It might as well emerge as a new treatment for chronic pain.

Given that the FDA has approved the use of CBD (Epidiolex) as a therapy for two rare conditions characterized by epileptic seizures, it can be readily introduced as an effective treatment. It has been rendered legal in the United States of America and the Miami marijuana doctors use it for treating Lennox-Gastaut syndrome (LGS), a condition affecting those in the age-group of 3 to 5 years and involves different kinds of seizures and Dravet syndrome (DS) which is a rare genetic condition appearing in the first year of life involving frequent, fever-related seizures.

It can also treat many complications linked to epilepsy, such as neurodegeneration, neuronal injury, and psychiatric diseases like schizophrenia

CBD may prove to combat cancer according to the authors of a review published in the British Journal of Clinical Pharmacology since it prevents the spread of cancer. By suppressing the growth of cancer cells and promoting their destruction, CBD oil gave fruitful results. Also, unlike chemotherapy and other painful cancer treatment methods currently in the application, it has low levels of toxicity and causes no pain. CBD oil available in Florida has resorted to such uses.

Given that such bacteria is still an enigma, properties of cannabinoids to destroy bacteria can prevent a major medical emergency from unfolding. CBD inhibits T-cell proliferation in tuberculosis affected mice. That “superbugs” are a problem today is a fact. And a potential treatment of the same can be found in marijuana seeds, for instance, the strawberry banana marijuana strain.

Resulting from inflammation that occurs when the immune system attacks cells in the pancreas, Type 1 diabetes can be effectively treated given CBD’s anti-inflammatory properties. Research published by Clinical Hemorheology and Microcirculation and a paper presented in Lisbon, Portugal have suggested it can protect against or delay the development of type 1 diabetes. Alzheimer’s Disease prevents the development of social recognition skill in participants.

However, CBD could help people in the early stages of Alzheimer’s to be able to recognize the face of people that they are acquainted with.

Acne, a condition caused by inflammation and overworked sebaceous glands in the body, can be prevented as well. CBD helps to lower the production of sebum, an oily substance, overproduction of which can cause acne mainly due to its anti-inflammatory properties.

While medicine practitioners have advised people with chronic anxiety to avoid cannabis, it is perhaps based on false assumption that it can trigger or amplify feelings of anxiousness and paranoia.

Jessica K is an avid reader who enjoys getting lost in the world of books. Holding on to her passion for fitness, she is also curious about unconventional medicine. She is intrigued about various discoveries in the field of Marijuana and loves reading the latest researches in the field of Cannabis.