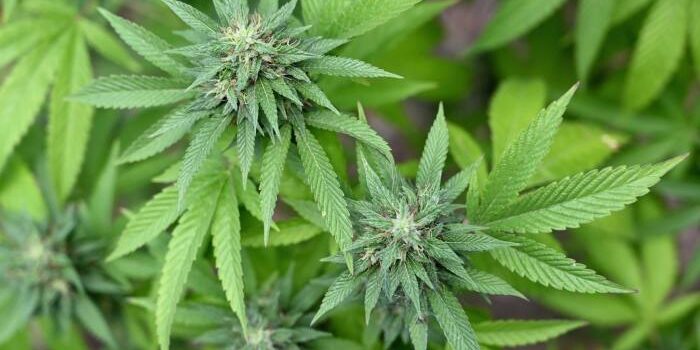 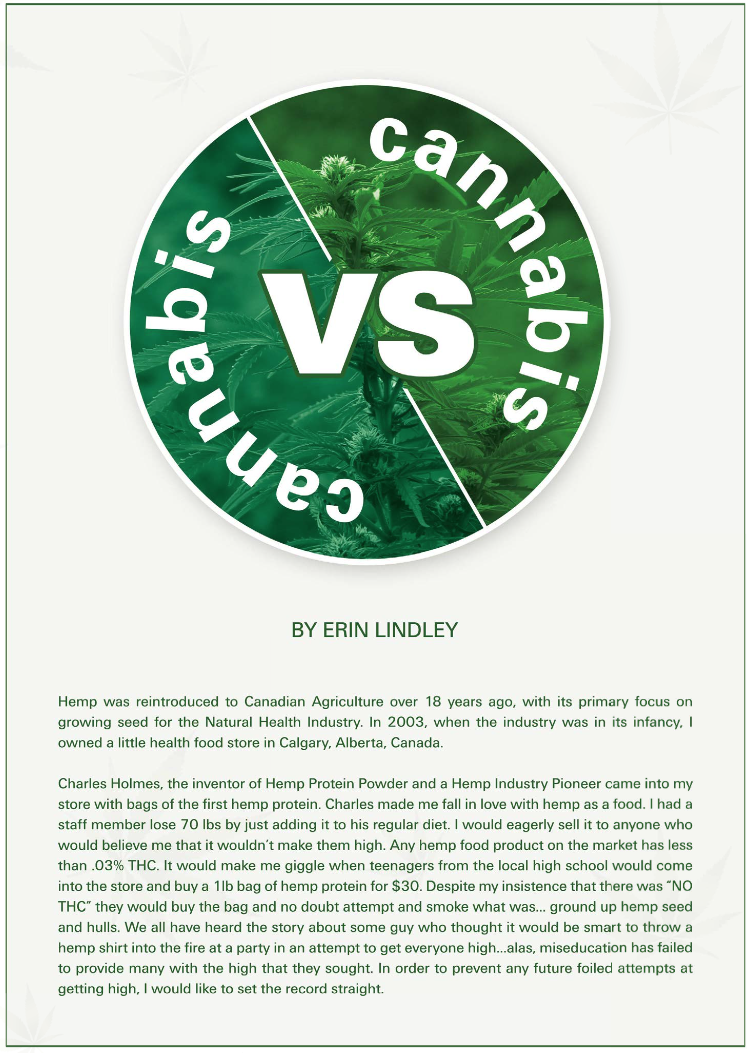 Any hemp food product on the market has less than .03% THC. It would make me giggle when teenagers from the local high school would come into the store and buy a 1lb bag of hemp protein for $30. Despite my insistence that there was “NO THC” they would buy the bag and no doubt attempt and smoke what was… ground up hemp seed and hulls.

We all have heard the story about some guy who thought it would be smart to throw a hemp shirt into the fi re at a party in an attempt to get everyone high…alas, miseducation has failed to provide many with the high that they sought. In order to prevent any future foiled attempts at getting high, I would like to set the record straight.

What is the difference between hemp and marijuana?

No Nothing. They are both Cannabis. The Botanical Latin name for plant varietals we use for seed, shelter, fabric and medicinal non-psychoactive Cannabinoids is Cannabis Sativa. The Botanical Latin name for plant varietals high in psycho-active Tetrahydrocannabinol (THC) and other Cannabinoids we use for medicinal and recreational Cannabis is Cannabis Sativa. They are both the same plant. They just grow different levels of active phytochemicals such as, but not limited to, Cannabinoids and Terpenes. To use a culinary example, think of peppermint and spearmint.

Both are species in the Lamiacae Family one contains 40% of the terpene Menthol (Peppermint or Mentha Peperita) and one contains .05% of the terpene Menthol (Spearmint or Mentha Spicata). Industrial Cannabis Sativa contains different levels of Cannabinoids and Terpenes compared to Medicinal Cannabis Sativa. The United Nations has decided to keep Industrial Hemp on its Scheduled Drug list, maintaining that cannabinoids from hemp should remain either illegal or prescription only. his is preposterous not only because it inhibits our global population from an essential nutrient; it’s not even necessary. A mentor of mine, Dr. Paul Hornby introduced us to “The Three Way Split” with his database of over 15,000 strains and over two decades of experience in Cannabis Research. Dr. Paul found out something very important: Cannabis only grows three ways.

The plant that the United Nations has classified as a drug is no more psychoactive than grass. You would die of smoke inhalation long before you got high from smoking industrial hemp. It is not possible for Industrial Cannabis to grow with THC levels high enough to result in a psychoactive effect. Any government-required agricultural testing of Industrial Hemp is wasted. Industrial Hemp is planted on acres of land, not in pots or greenhouses. When the crop is seeded there is usually about a 70/30 split of male and female plants. This supports the hemp circle of life.

The males will shoot up early and pollinate the females, who having “gotten some” happily shoot up towards the sky while the males die off. The sticky buds that THC afi cionados grow for the high are a result of a cannabis female looking for a male. That’s why she secretes the active compounds we like. I call dibs on a strain called “Stressed Bitch.” Cause if she’s really strong… She really wanted to “get laid” THC is only one of over 150 Cannabinoids present in the plant. The only one that binds to the THC receptor in the brain, producing a euphoric effect when heated, or decarboxylated.

What are the other Cannabinoids such as CBD, CBN, CBG, CBC?

They are plant compounds that have medicinal yet non psychoactive effects. Studies are showing that Cannabinoids are helpful in patients with: • Cancer, • Epilepsy, • ADHD, • Insomnia, • Anxiety, • Pain.

The list goes on. One thing that people may not be aware of is that CBD counteracts the effects of THC. So, in the case of Industrial hemp strains that have a lower THC percentage and a higher CBD level, any of the euphoric effects will be opposed and the medicinal benefits of the full plant will continue. Therefore, Cannabis that has either high CBD low THC or a hybrid that has a 50/50 split will not get a person high or the effects will be lessened (in the case of some). Our understanding of CBD’s and their potential for human health is in its infancy. Ill-informed regulations limiting the levels of THC in Industrial Hemp are halting innovation in medicine and other technologies such as energy storage using Cannabinoids.

As we see global legalization of all varietals of Cannabis and the potential this plant has to enhance human health, all the players need to be informed. Industrial hemp has the ability to change our dependency on non-renewable materials, to feed our hungry and provide much needed medicine. As any lab report will show you, THC is only a small percentage of this glorious plant. The whole Cannabis family opens up a world of possibilities for all areas of industry once we understand just how big the family is and each members differences.