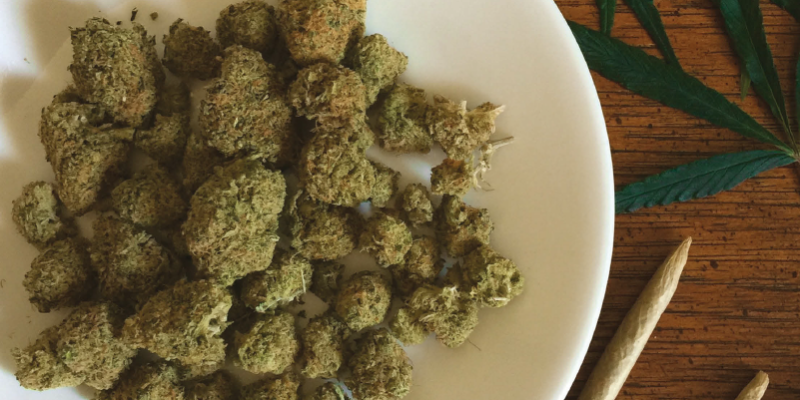 Our western diet of fast food and our general disregard for our health has meant that our omega ratio is massively unbalanced.

There is an interesting correlation between the rise in Cannabis consumption in the general population and the rise of Veganism in recent years. I thought, since I am a proponent of both, that I’d take a look and see what Vegans and Cannabis consumers/advocates have in common.

There are typically four reasons to go vegan: for the animals, for the environment, for your health, or all three. So, if vegans wish to see a greener, plant-based world then they’re going to need to take a serious look at one of the most studied, versatile and persecuted plants in our entire history.

Both subcultures share the same outdated negative stereotypes, stigma and warped public opinion. The mental image that is most often conjured up when thinking about Cannabis and Vegan advocates/activists is one that has been carefully cultivated to be derogatory and depict them negatively in popular media, movies, and TV.  That of a long-haired, bearded hipster in sandals, clad from head to toe in hemp. This antiquated imagining of neo-hippie-chic, middle-class busybodies exclaiming the virtues of their beliefs has been somewhat eroded in recent decades as both ideologies have gone rather mainstream.

In recent years cannabis law reform has taken place in dozens of countries from the decriminalization of small personal amounts (typically less than an ounce) to the total implementation of a national adult consumption markets as in Canada and Uruguay over the past few years. This has led to renewed calls from the World Health Organization, The European Union and the United Nations to reschedule Cannabis globally and push nations towards ending their draconian and antiquated war on a plant that is less harmful than sugar.

Veganism has also enjoyed a resurgence in recent years and to such a degree that most of the major food producers have already released or are working to release “vegan-ized” versions of their most popular products. From dairy-free cheese, milk and ice cream to animal-free hot dogs, burgers and even jelly sweets. Veganism has increased by 350% in the UK and 600% in the US over the last decade and shows no signs of slowing on either side of the Atlantic any time soon.

Both supporters of cannabis and veganism are often anecdotally associated with increased empathy and compassion. Cannabis, when consumed encourages metacognition and introspection. It gives the user the cognitive capacity to think about the contents of their thoughts and question entrenched beliefs, core values and learned behaviors. This greatly increases the consumer’s likelihood of exploring why it is they consume meat and dairy and how they can reduce the environmental damage, harm and suffering they perpetuate through their dietary and lifestyle choices.

As is by now rather obvious to the vast majority of the population, the war on drugs has been an unmitigated disaster targeting some of the most vulnerable members of society and actively amplifying the pain and suffering felt by these unfortunate folk. So, although vegans already have an increased sense of empathy and compassion towards animals they could still benefit greatly from the consumption of cannabis which could help them better empathize and identify with the circumstantial suffering of their fellow man in the same way they do with factory farming, animal agriculture, and abuse.

Another similar belief and trait prevalent amongst both groups is their continued concern for the environment. Climate change has become the pressing issue of our day and both re-legalizing cannabis and going vegan could go a long way to negating the majority of the damage caused to the planet by toxic polluting industrial practices and gluttonous personal wants and habits.

As international organizations such as the EU, WHO, and UN are now pushing their member states to do far more to tackle climate change and lower the global level of atmospheric carbon by as much as 45% by 2030. In the hope that this could prevent permanent cataclysmic changes to our global climate. A goal that frankly few nations look set to achieve, especially while continuing to utilize the same traditional technologies and antiquated techniques that actually caused this mess in the first place.

Several studies have come out in the past year to indicate that the single biggest way to reduce your carbon footprint is to go vegan. Adopting a vegan lifestyle HALVES the amount of carbon that the average individual consumes daily. Another way to greatly reduce the levels of atmospheric carbon is to re-legalize cannabis and to plant it absolutely everywhere.

Cannabis sequesters 325kg per ton when cultivated (I previously misquoted this in issue 139 as 125kg). If these organizations are serious about meeting their targets then they need to be rallying not just for the rescheduling of cannabis but also work towards tackling the stigma they themselves helped create that continues to engulf this humble plant and push for it to be a cornerstone of climate change policy.

It is also true that if the Cannabis industry went vegan it would greatly cut down on toxic waste and pollution. We are seeing more and more large cannabis corporations get in legal trouble for using banned and dangerous pesticides, fertilizers, and chemicals which are completely unsuitable in the cultivation of cannabis and are gravely destructive to the individual and the environment.

Cannabis, as you may well know, is our oldest symbiotic plant species. There is evidence that shows that humans have been utilizing cannabis for at least the past 27,000 years from everything from textiles to paper, medicines to industrial material.

Brazil is home to one of the most bio-diverse forests on the planet, in the Amazon. So, it is rather unfortunate that it is also the world’s largest exporter of beef. It is this global demand that has seen the accelerated expansion of pasture lands and logging of this most precious resource. This coupled with the continued weakening of Brazilian laws protecting the Amazon rainforest is responsible for 80% of the nation’s deforestation.

It is estimated that global deforestation has already released 120 billion tons of C02 into the atmosphere. In 2017, the UK imported £3.9 billion worth of paper products that should have been cultivated domestically out of cannabis while sequestering atmospheric carbon and nutrifying and detoxifying our topsoil.

The other leading cause of global deforestation is the production of wood pulp production. Cannabis – especially specific sativa type strains that we’ve selectively bred to have less than the arbitrary percentage of THC (0.2% UK 0.3% USA) – are perfect for paper production as 20% of the plant is fiber with up to 70% being cellulose making it a far better source of paper pulp than wood.

It takes on average 20 years depending on the species to grow trees for paper whereas Hemp can be grown in less than 20 weeks. Cannabis also produces far more cellulose which means that a hectare of cannabis can produce four times as much paper as wood in a fraction of the time.

Hemp paper, which until the end of the 18th century accounted for about 80% of all paper, also lasts decades longer than wood pulp paper and can be recycled 7- 8 times. In comparison wood paper can only be recycled 3-4 times. Hemp paper also requires none of the toxic chemicals used to treat wood pulp.

The pulp and paper industry is also now the third largest industrial polluter responsible for pumping 220 million pounds of toxic pollution into our skies and seas every year, including over 3 million tons of chlorine –  a major source of the carcinogen dioxin, considered to be one of the most toxic substances that humans have ever produced which can now be found in the breast milk of all women, possibly even all mammals.

Dioxin is fat soluble meaning that it bioaccumulates in animals that some people still consume in their diet – effectively working its way up the food chain. Vegans do not consume animal products so they avoid a lot of this exposure. A recent Brazilian study found that as much as 90% of the dioxins the average North American will be exposed to comes from dairy, meat, and eggs – with some 23% coming from dairy alone.

These highly carcinogenic chemicals are also prevalent in petroleum-based plastics.  This is why it is recommended that you do not drink water from a bottle that has either been frozen or left to heat up. This same mechanism is true of our processed food packaging which is predominantly petroleum-based plastic which leech dioxins and other cancerous and endocrine disrupting chemicals such as BPA and BPZ into our food, water, and bodies.

If you consume meat or dairy in the UK then you’ll have a much higher exposure rate to these dangerous chemicals as the UK has included a limit of 0.15% of plastics from food waste to be used to feed cattle and other animal agriculture as part of its recycling strategy. Unlike the rest of the EU that sets the limit at zero percent.

Our western diet of fast food and our general disregard for our health has meant that our omega ratio is massively unbalanced. The ideal ratio of omega 6 – 3 is 4:1. This deficit is most often negated by taking omega 3 supplements such as Cod liver oil capsules, however, these are unsuitable for vegans as they’re an animal bi-product.

Hemp seed oil, on the other hand, contains a nearly perfect natural omega ratio of 3:1 without any of the added cholesterol or need to kill anything. It is also a complete protein source containing all 11 non-essential and 9 essential amino acids and helps to support immune system response and functionality, making it the perfect product for health-conscious vegans to help balance their omega intake.

The ubiquitous relegalization of cannabis and its subsequent reintroduction to the food chain as a base nutrient,

prophylactic and first line medicine could negate the need for a great deal of modern pharmaceutical drugs.

I am no chemist but I am aware that you can derive these same building blocks from cannabis, potentially meaning that the pharmaceuticals of the future could not only contain cannabinoids and cannabis-derived terpenes as well as literally being built on cannabis polycyclic hydrocarbon structures.

The vast majority of these pharmaceutical drugs and medications have had to go through extensive, invasive and immoral animal testing at one stage or another. Whereas cannabis as a holistic plant medicine can be cultivated, extracted and consumed at home without the need for cruel clinical trials and research experiments conducted on non-human primates and other innocent animals.

Utilizing cannabis-based graphene as a supercapacitor to store energy produced from renewable resources would also greatly reduce the demand for crude oil needed to be extracted and converted into petroleum to fuel the modern world.

Ultimately, I feel the convergence of these two ideologies will not only continue but also accelerate in the coming years and decades. As climate change continues to take center stage in this human drama it will force much more of an emphasis on alternative solutions, innovative technologies, and modalities.

So, now that I’ve convinced all the vegans to consume and support cannabis, how can you ensure that the cannabis you’re consuming is vegan?  Three little words…Grow Your Own.