Cannabis and PTSD: A Veteran’s Story 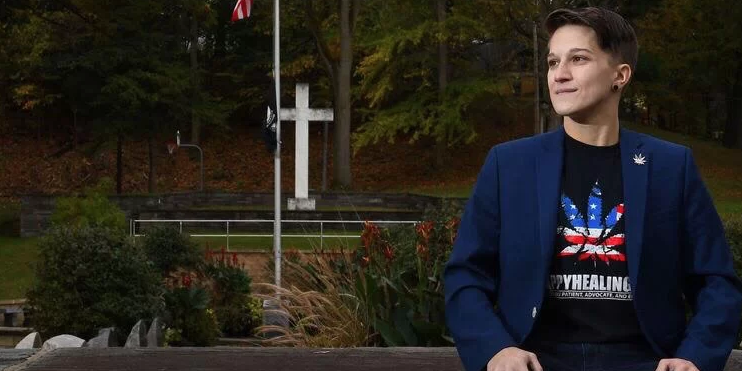 Depending on where you are in the world this Sunday, November 11th, is marked as a day of remembrance for the lives lost and impacted by the conflict that took place in the First World War which ended on the eleventh hour of the eleventh day exactly 100 years ago.

Known as Remembrance Day in the UK, Canada, Australia, New Zealand, Belgium and France, in the USA it is named Veterans Day. Once idealistically referred to as ‘the war to end all wars’, the 1914 – 1918 conflict claimed the lives of 37 million people.

Sadly it was not the war to end all wars and the war machine still rumbles  across the globe. We lost our innocence a long time ago, yet regardless of the arguments about right and wrong, the undisputable fact is that each war leaves behind a generation of wounded (physically and mentally) participants – combatants and civilians.

Growing up in the 1970s I had a Great Uncle Jimmy who had served in the trenches of the First World War. Until the day he died he never talked about his experiences. It was only after that I learnt of the terrible dreams and dark periods of depression that haunted him through his life. He was typical of that generation, and indeed the next generation that entered the battlefields of World War 2. What happened in war tended to stay in war, and your average soldier came home to suffer in a lifetime of silence.

PTSD (Post Traumatic Stress Disorder) is a phenomenon that gained wider acknowledgement following the Vietnam War.  The condition is related to experience of a traumatic event – not exclusively war related although for this article we are focusing on this aspect – and can lead to a wide range of symptoms from disturbing/re-experiencing thoughts, dreams, hyper arousal in the form of flashbacks  and heightened levels of anxiety. Symptoms may occur soon after the event or develop some time, often years, later. Those who suffer from PTSD are also more prone to problems with substance abuse and self harm as they try to cope with the mental horror of the experience. 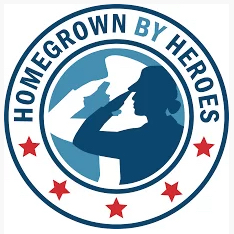 Sarah Stenuf knows what PTSD feels like. She served four years (honourably) in the U.S. Army, and did a tour of Afghanistan as an Apache helicopter crew chief before receiving a medical discharge for epilepsy from a traumatic brain injury (TBI) and PTSD. After leaving the army she tumbled down a path that is familiar to far too many of those who have served their country, only to have to come to terms with adjusting to the normality of life back home.

“My life was in a spiral. I was on 16 different medications a day. I didn’t go out and had social issues, I was in and out of relationships, I had two suicide attempts… My life was in chaos. I was isolated and didn’t tell anyone for a long time about the shit I was going through – I was the person my battle buddies used to call for help, not the other way round. Then one day I was introduced to cannabis. A friend brought by a bag of weed and it was the first time I tried it since doing the usual High School ‘get high’ thing. It was incredible. I just sat there smoking and laughed and talked, and by the end of the night felt so good I even contemplated going out bowling! I felt great for the first time in a long time.”

That was the start of Sarah’s way back and, over the next three years, cannabis was her route to weaning herself off the medication she had been prescribed by doctors. She says she was the product of a health industry that relies on a ‘one size fits all’ policy for veterans with PTSD, and a policy that’s outdated. After those 3 years she told her wife that she wanted to get out there and share her experience and let vets know that there were alternative ways to treat PTSD related symptoms – although she is quick to add that what worked for her may not work for everyone.

From this experience came Veterans Ananda, a project that aims to offer  an alternative to that one size fits all policy. Based in upstate New York, not far from the Canadian border, Veterans Ananada focuses on post-service issues among veterans and first responders – and their families – through a programme of rehabilitation, encouragement and care. Of the money the organisation raises, 90% goes direct to veteran care.

The non-profit organisation is partnered with a for-profit farm that has a DEA licence to grow hemp. Her home state of New York has not yet legalised cannabis, and so the next best thing was to set up a farm to grow of hemp seedlings. these will be sold to farmers and goods producers for a variety of purposes including biomass, textiles, brewing and animal feed. The hemp grow is a foot in the door, allowing the organisation to get to grips with the process of growing hemp and running a business, but one day may grow licensed cannabis following what she sees as the inevitability of changes to the law.

The newly purchased farm will house on site accommodation to provide short term, high impact retreats for veterans and ultimately long term residential care for those suffering from PTSD. The 22 acre plot has six greenhouses, a hydroponic growing pond, barn and processing facility and chicken coop. Once the operation is in full swing it will be producing 6,000 plants (seedlings) per month.

Key to the programme will be the embrace of traditional and non-traditional therapies and alternatives to the current options. These include activities such as yoga, meditation and art and working on the farm, learning new skills, building new relationships and building confidence. “Many vets don’t know the options and alternatives to the established health care programmes. And for me, what is really tragic is that families are not included in treatment which can be a real barrier to care. I firmly believe that PTSD is contagious  and families suffer because they carry the burden of worry and fear about what is happening to their loved ones.” 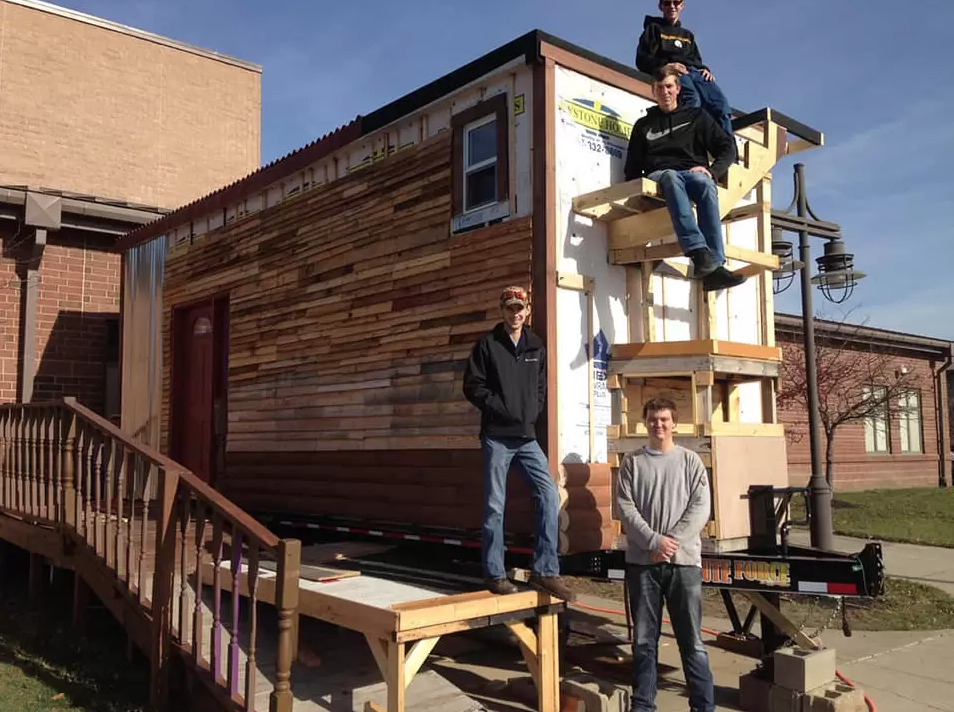 Sarah rolls off many statistics as she talks with great passion about the experience of veterans and the problems they face. “We were taught how to go to war,” she says, “but nobody taught us how to come back into the world. We have been at war for over 10 years – in Afghanistan and Iraq – and there are 6300 families who have been affected by the loss of one of their own. It is estimated that 22% of vets returning from war have been diagnosed with PTSD. We have 200,000 vets living homeless on the streets, huge poverty and unemployment rates.  It’s disgraceful – we are not looking after our vets or their families.”

So what would she like to see? “I want functioning members of society and people contributing to society. Our long term aim with Veterans Ananda is to help to facilitate this.”

Thankfully, now PTSD is a condition that is recognised in the public domain and while individual experiences are intensely personal, there are support networks and treatments which can help.  It is only recently that cannabis has entered the equation as a possible aid for those suffering from PTSD – an irony considering that for many years it was seen as a substance of abuse.

It is the body’s endocannabionoid system that new research suggests plays a key role in the development of PTSD, and as this complex network of receptors in the human body was only identified in the 1990s, it is still early days in the science of mapping out its function and the effect brought about by changes to it. Research suggests that PTSD may result from a deficiency in the endocannabinoid compound anandamide – the same receptors triggered by THC.

I ask Sarah if things are changing in terms of social stigma – not just on civvy street but within military circles. “In my state weed isn’t legal and yet I’m having conversations with the police, prison officers, the courts. It’s becoming more open. Norms are shifting regarding the language that has previously been used around the subject of cannabis like ‘abuse’ and ‘use’, which has derogatory connotations. There is more acceptance in the military community now with 92% of vets supporting legalization and proposals to provide non-psychoactive medical cannabis to military personnel.”

She did a tour in Afghanistan and I ask if she saw cannabis through a different lens through her experiences there. “Definitely. It was all over the place, and I came to realise was that it wasn’t just this evil drug but a way of life for many of the local people there. Hemp was intertwined with their culture and their livelihood. Us Americans went in there like bullies and failed to try to understand that.”

For many years, cannabis use by vets was seen in terms of degenerate drug abuse, a problem that needed treating. As the world turns that view is changing and Veterans Ananda – a project run for veterans by veterans – is leading the way to seeing that world differently. As we commemorate Veterans Day/Armistice Day/ Remembrance Day and the stories of history, we should also remember to learn from those like Sarah, who are still living in the shadows cast by war on the frontline.