A History Of Cannabis 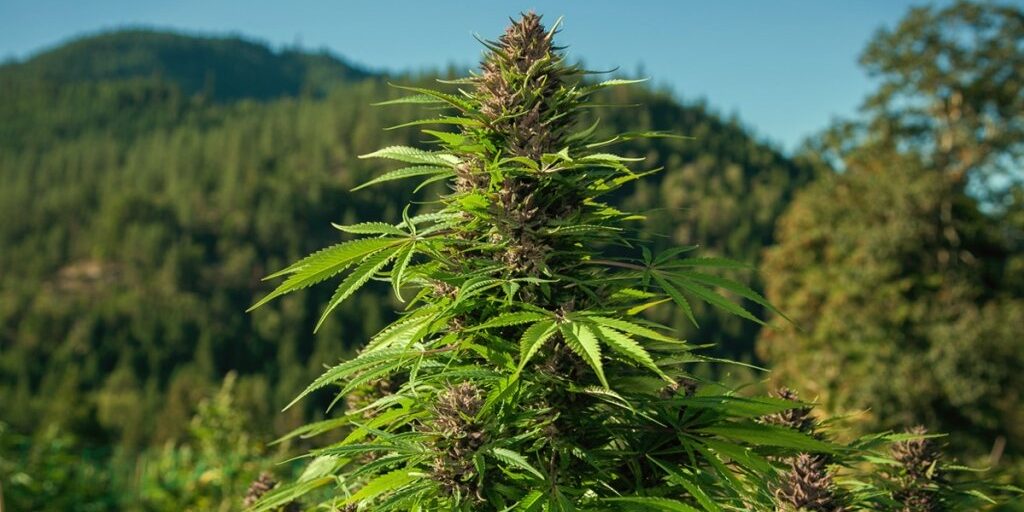 Before the plant was viewed as a recreational drug that got you stoned, it was perceived as herbal medicine.

It’s fairly common knowledge that cannabis has been used throughout the course of human history. In fact, many professionals speculate it’s been used for ropes and fabrics since the Neolithic age.

Before the plant was viewed as a recreational drug that got you stoned, it was perceived as herbal medicine. Something to be used to treat various illnesses and, overall, allow for a more therapeutic life. It seems as our science and research surrounding the plant continues to develop, we come to discover our newfound knowledge is nothing more than rewritten understanding.

If we can understand our history with cannabis, there’s a good chance we can better comprehend our future with the plant. Throughout this article, we seek to look beyond history and into the cultures which used it.

Cannabis is indigenous to the Indian subcontinent and Central Asia. Archeologists have spotted remainders of the plant they believe to date back as far as 10,000 B.C.² Throughout the Chou Dynasty (1122-249 B.C.), hemp material has been found in cloth and rope imprints on pottery.

It comes as no surprise the ancient Chinese used cannabis for a variety of purposes throughout their various cultures. Most notably, hemp was grown in mass amounts for the sake of wars – making it the first ever war crop.

Furthermore, the Chinese invented paper – potentially, one of their most important inventions. Discoveries of some of the earliest paper, found in Chinese graves, contained fragments of hemp fibre.

Yet, the oldest written recordings of cannabis use were taken in 2727 B.C. by Chinese Emperor Shen Nung. He is remembered as the Father of Chinese Medicine, both for his adept agricultural knowledge and his desire to better understand human suffering. More often than not, he used various plants for the sake of finding a cure for varying ailments.

Shen Nung lived by the yin yang theory – when the body is neutralized with both negative female and positive male influence. After some experiments that involved Shen Nung poisoning himself and discovering a probable cure, he came to the realization that cannabis was a most suitably balanced yin and yang.The plant “ma” (ancient China’s reference to cannabis) became a staple of Chinese culture.

The Spread of Cannabis’s Spiritual Properties

The origin of the word “cannabis” is linked to the term “qunubu” which means “way to produce smoke”. It was coined by the Ancient Assyrians and was notably used in religious ceremonies. They were first introduced to the plant’s psychoactive properties through the Iranians who spread it to other civilizations, including the Dacians, Scythians, and Thracians. Iranian shamans (known as the kapnobatai, meaning “those who walk on smoke/clouds”) presented these other cultures with burning cannabis as a means of fostering trance.

It didn’t take long for these other cultures to start spiritually indulging themselves. By 800 A.D., a refined form of cannabis was formed, hashish. It was so popular in the Middle East and parts of Asia; many historians give it some acknowledgment to helping spread Islam. This is due to the fact that the Quran, a religious text, doesn’t allow for many intoxicating substances, including alcohol. However, it doesn’t claim anything against cannabis.

Though there were a number of other cultures which used cannabis as a means of reaching spirituality, marijuana didn’t have nearly as much an influence as hemp. Around 1,200 B.C., hemp was first introduced to European nations and quickly spread throughout the rest of the world. Through the middle ages, hemp was one of the most significant crops on the planet and was used for a variety of reasons, including fiber and food. What allowed hemp to become so popular was its durability in comparison to other crops, including cotton. For example, ships needed hemp for canvases (derived from the word cannabis), rope, and oakum as it was three times stronger than cotton and invulnerable to salt water. In fact, hemp was so popular, some leaders of the middle ages encouraged landowners to grow as much of it as possible.

Henry VIII passed an act in 1535 which required all farmers to plant at least ¼ an acre of hemp. As mentioned, cannabis had been spreading around the world for some time. With that, it’s highly believed hemp arrived in North America much before the Europeans did. By the time the Puritans arrived, hemp was already seen in large numbers. During the 16th century, Jacques Cartier wrote, “frill of hempe which growth of itself, which is as good as possibly may be scene, and as strong.”

The Illegalization of Cannabis

As many of us know, cannabis was a staple crop of the American colonies for some time. And due to its strong history with human civilization, it almost seemed inevitable things would stay that way. However, during the Great Depression, things took a turn for the worst which would define cannabis for over half a century.

By the year 1890, cotton had replaced hemp as a major cash crop. It was still being cultivated, but less sought after. Then in 1910, many people were fleeing Mexico as the country went through a revolution. These people came to America with lots of cannabis to share. Simultaneously, Europe and America started to prohibit drug use. This was particularly due to the rise in medicines containing opium or cocaine. However,

cannabis was thrown onto this legislative as well. Still, even though marijuana was banned, recreational use picked up during the 1920s. This especially became prominent within the jazz community. Cannabis clubs known as tea pads began to appear in major cities and, for the most part, law enforcement didn’t mind. Namely because those who participated didn’t cause any problems.

However, in the 1930s, a campaign was started under the U.S. Federal Bureau of Narcotics. Its goal was to represent marijuana as though it was a highly addictive substance that caused users to become extremely violent.

The reasons for this campaign and these portrayals are highly disputed. Some believed it was for the sake of big paper corporations to continue deforestation (their only means of profit) while others have a strong feeling it was to further prosecute minorities. Regardless of the reasons, marijuana and hemp possession was now deemed a felony and things weren’t going to change for nearly sixty years.

The Resurgence of Cannabis

Many people thank the hippies for bringing cannabis back into the public’s eye. However, it’s often forgotten that many of the beat generation introduced the hippies to marijuana. Since the hippies also made famous an assortment of substances (particularly psychedelics like LSD), the government felt they needed to step in again. This time, they developed the Controlled Substances Act of 1970 which labeled drugs in accordance with their addictive qualities, potential danger, and possible medical properties.10Cannabis was classified as a Schedule I, the worst of the worst.

There was no doubt in many people’s minds that this classification system was absurd. While marijuana was labeled a Schedule I (along with hemp which has NO psychoactive properties), cocaine was placed at a Schedule II. You didn’t need to be a drug user to realize this absurdity. Unsurprisingly, people tried to fight back on the agenda. Meanwhile, Columbia became the biggest importer of cannabis and a variety of narcotics. During the Reagan and Bush administrations, a “zero tolerance” atmosphere began to emerge. In effect, stricter laws were mandated for possession of cannabis. ¹¹The news networks told the public this was for the sake of fighting the “war on drugs”. And though many agreed we should stop the trafficking of highly addictive drugs, such as cocaine and heroin, many also felt we should start growing cannabis domestically. Due to this attitude, California passed Proposition 215 (or the Compassionate Use Act of 1996). The first law since the early twentieth century that allowed for the use of medical cannabis.¹²As more states began passing similar acts, the public’s perception of cannabis began to change. And in 2012, Colorado was the first state to legalize cannabis since prohibition began, under Colorado Amendment 64.

Whether you enjoy cannabis or not, there’s no denying it’s been one of the richest natural products of human history. From being a valuable crop amongst ancient civilizations to a spiritual guide for many religions, hemp and marijuana are some of the most valuable plants this world has to offer.When it comes to the excitement of recent legalization, we often forget about the true importance of this plant. We get caught up in laws – in what’s right and wrong – and we underestimate the power it’s already held for humanity.